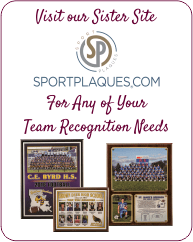 “Pull over!” The thought that kept flashing through my mind…

Driving north on Hwy 61 we came upon a small truck transporting a farm implement. The truck was only going 30 miles an hour and for good reason. The implement it was hauling was large and the trailer it was sitting on had wheels of the wobbly nature. The driver was not making the typical short trip from the field to the farm. He was most likely delivering a new combine attachment for a farmer needing to get his crops off the field. This is a common sight in rural Wisconsin during harvest season.

How could this driver not be aware of the long line of cars and semis lined up behind him? He had a dozen opportunities to pull over and let others pass, but he didn’t. There was a two mile stretch with a third lane for passing, but there was no passing there because of road maintenance.

I had no deadlines to meet. It was simply a trip home after a long, and perfect anniversary weekend with my wife of 25 years. But the miles in this slow moving line kept ticking off. Was this a test orchestrated just for me? Were there cameras somewhere just waiting to take my picture as I did something stupid? It was getting hard to believe, and as the anger and frustration began to brew in me, I was letting this unaware driver wreck my day.

After about ten miles, all the other vehicles between us had turned off. I could finally pass this irritating fellow. I glanced over at him and resisted the temptation to wave in a “not so friendly” manner. There he was, both hands on the wheel, eyes fixed straight ahead. He was not mad at me. He didn’t even know I existed, which was part of the problem. The other part of the problem was that I had let him get to me. I had let the experience steal my former attitude of gratitude.

Thinking back to mile two, I remembered an inner nudge to pull over and get out to stretch my legs for a bit. It was a nudge I should have listened to instead of putting myself through this little ordeal.  At that point I had full control and could have removed myself from the situation, by taking a break. I could have fed my soul just by stretching my legs. Instead, I chose to stay in line and let anger and frustration grow. Those feelings stuck with me the rest of the day. Soul pollution. It wouldn’t have had to happen.

Moral of this story: Guard your soul. Keep your grateful outlook on life. Pull over and stretch.

Entrepreneur and owner of AppleAwards.com & SportPlaques.com. Appreciation is worth sharing.

Do you let unmet expectations ruin your peace and frustrate you? Give yourself grace and try again!

More thoughts on being grateful, as November closes…When I listen to someone talk about a truly amazing and

Having work that you love, that holds meaning, is something to be thankful for!

Let's practice being thankful this month!